Nitpicking criticism of Bafakeng. HUH, what is Bafakeng? Who cares? In a nut shell this is a small (SMALL) kingdom in South Africa that somehow has escaped the recent labor strife that is affecting most South African gold and platinum mining communities. The story begins with one of their kings buying the land titles to this area (and therefore the mineral rights) down to the pictured Paul Kruger who secured those rights this is a damn interesting positive note in a country that I always had high hopes for.
The ruling ANC has a slogan of ‘creating a better life for all’.” A Bafakeng official commented. “We are trying to do the same, but we are also creating sustainability.” Like a few tribal native communities in America and Canada some of the resource rights went into a holding company to provide opportunities for future generations. 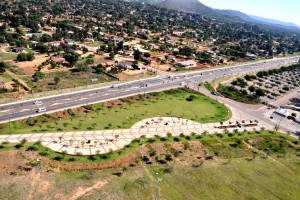 Royal Bafokeng Holdings (RBH) In 2011 its portolio was some 25 billion rand ($3.billion US.) and provided dividends to the Bafaken people in the amount of about $620 per person.

Despite leveled criticisms by reformers about an unelected Monarchy, land reform, normal pork barrel projects and pollution I think they are doing better with their resources and investments than we are in the ‘democratic’ Western world.”
Most platinum mining communities in South Africa are shantytowns in which miners live without the rudimentary needs of water electricity or decent plumbing. This is not the case in this small monarchy. Westerners often forget the value of having paved roads and the ability to have ones garbage picked up.
Three quarters of the dividend went to schools, sewage systems, roads, electric lines, sports, police, housing and social welfare, according to the kingdom’s accounts published on the Internet, providing additional benefits over and above what the local and national governments spend. 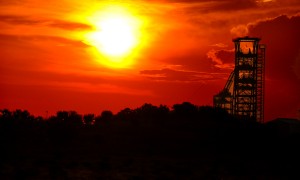 Crime and unemployment do exist but compared to the better life promised by the ANC of South Africa I would compare the social stability and social investments in education and medical treatment to be on par or exceeding our own. 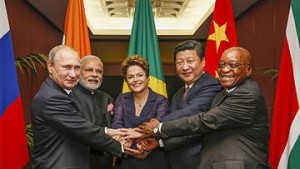 South Africa is of course one of the BRIC countries that is struggling to find a new way .. . One of Bric Partnership goals was to build partnerships for common development, seeking common ground and all of that. Pure drivel!

In the new exploitation of African resources, water, land, food, energy and minerals, China is the new game colonialist on the block. Payoffs to political stooges are handed out to leaders, be they Socialist, Feudal dictator, or democratic regime … it doesn’t really matter.

All said and done, the IMF and the World Bank now have a new competitor and the “Western nitpickers,* forget that the bloody footprings that the Belgians and Europeans sowed in the last century.

The legacy of colonialism in Africa and the sub-continent led to African monsters taking over the helm and this too was a political or economic warfare between the East and West.

Few phenomena are as intriguing China’s filling the void left by the United States and Europe. Not unlike the earlier colonialism for “lebensraum”, approximately one million Chinese have now migrated making Africa China’s Second Continent. China has become the new Colonial Overlord.

In the past century’s, Africa witnessed the wanton and indiscriminate plunder of her resources at the hands of European colonial powers such as Belgium and England. Africa has not and will never recover from that period of occupation. What remains is now being devoured by the new kid on the block- China. 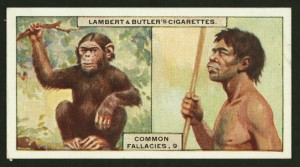 Colonizing often meant killing off the dark heathens for God … (he will sort out the innocents) Social Darwinism also gave high marks to those whose civilizing efforts would provide LEBENSRAUM for those who better deserved the land.

Most attribute “Lebensraum” to Nazi Germany but the truth is that this was always a aristocratic (WHITE) interpretation of Social Darwinism. Killing off the heathens for God and giving the land to those who better deserved it. Not just for the Nazi, but for the Boer and Americans as well as for most European aristocrats. The Portuguese, Spanish and Americans would do the same to the natives in the Americas.

Be it in in Angola or Zimbabwe, Chinese workers have taken over the high-paying jobs once promised to the citizens in order to guarantee new trade deals. Those profits have further been augmented with the sale of weaponry to genocidal dictators like Robert Mugabe. It started in Sudan and Somalia and will now affect countries like Nigeria, South Africa and the Congo.

Be it through European or Chinese influence we have created a fertile breeding ground for dictators in Africa. The top ten would certainly include Robert Mugabe who has replaced the racist Rhodesian s with his own form in the now ‘democratic’ Zimbabwe.

The legacy of colonialism in Africa and the sub-continent led to African monsters taking over the helm. Some like Idi Amn came from the King’s African Rifles. The English taught him well. 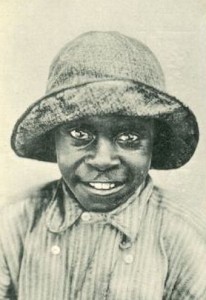 Leopold of Belgium exploited the Congo and millions would die. I would probably give him the top star for European cruelty. I may be forgetting, but I don’t think the Germans even came close in East Africa. Britain may have been the best occupier; despite screwing up a lot in South Africa. It did a few things right in India until the bizarre partitioning. Australia and Tasmania showed the other side.

During the Cold War support from the west was directed against ‘socialist labor unions’ a killing or imprisoning war against communism and the growing power of labor unions. This led to Soviet advances in Angola, Mozambique and elsewhere. In the Congo (Zaire), the West supported Mobuto and he did a grand job in siphoning off money into his personal accounts.

Not much has changed and for that I praise the little surprises like Bafakeng and the strange support by South African leaders like ‘Oom Paul’ Paul Kruger. Nelson Mandela would later give the perfect lesson in how it could be done.