Or more politely, how does one recognize one? After a heart rending memorial (2014) to a friend of mine by a Sister of the Catholic Church I realized that giving a Nun a microphone opportunity was not gonna be a short thing. That said, the heirarchy could well be the Church. Pope, Cardinal, Bishop, Priest, Nuns and finally the parish-on-prisoners.

A few years ago, I was so seriously addicted to rocking that I began a Pacific-Rimica’s Rockers Group. It was a Masonic construction and needing many neophytes to contribute to my own rocky collection. I lost the first page, so I leave it to you to fill in the blanks. Being German and believing in strong apprenticeship programs, I developed this vertical structure. Rock philosophy and spiritual re namings occurred amongst the acolytes.

Pebbles — These were to be the primal seed to my rock lusting greed.

Contribution: The Pebble has with the fertilization of his mentors learned that rocks can be cut (slabbed) or flats made to make standing Suiseki. A box of mixed slabs or a nice Suiseki would be the up-greed needed to become the following:

Contribution: Like glacier polished granite this devotee has now learned how to polish and carve. A 4-5 inch carved Malachite, Orbicular Jasper, Jade, Chrysocolla or like. This polished offering would be the next gritty step to becoming such a member. 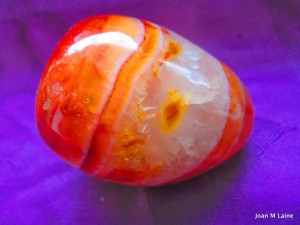 Contribution: We expect nothing less than climbing the Superstition Mountains in mid-summer, finding the lost Dutchman’s goldmine and being generous to all the rest of us. Bringing back a few dead Rattlesnake skins would be worth extra points.

Contribution: A rock collected from a cataclysmic event. I.e. Rocks of earthquake spittle – fissures, or from the calderas of an active volcano. As we are shy on active Volcano’s the committee might allow for the collecting of Montana Agates from the Yellowstone Caldera. As the rock fiend would have to avoid the Park police and Grizzly bears. A full backpack of material would be needed. Geologists say it erupts about every 70,000 to 600,000 years , and is overdue for a super eruption by 40,000 years.

Contribution: This rock must be of extraterrestrial origin, either by a direct meteor hit, or by the gifting of an alien being like Klatu.

Other General Guidelines for the club!

Due consideration is given for karmic addresses such as Pebble Way, or Boulder CO.
No applications shall be given for persons living East of the Mississippi River
We appreciate and grade up applicants for posting genuine and newsworthy events to post to other members.
Same for posting rock-hunting sites.
Rock philosophy is greatly appreciated. Ex: “Rub the boulder, never get older,” “Quakers make you awaker.” Rock Poetry and Spiritually Inspirational offerings are also sought after.

Moreover, Remember Do not Take This Membership For Granited! There are strict rules for Expulsion!

Any person caught day glowing a rock –
Attaching accoutrements of plastic eyes on rocks –
Giving your rock a wardrobe or other obscene acts. –
Purchasing or manufacturing a rock with artificial materials – WILL BE EXPELLED!

Our first members are: ROCK William S. WA.
PEBBLES: Jan B, and Cherie L. K. of AZ. ROCKS: Bill S, Nick G, and Lester M. of Sequim, WA.  As is Al Z. on his way to becoming Montana Grande. Joan L. from South Africa joined the boulders this year after gifting me with that Carnelian. 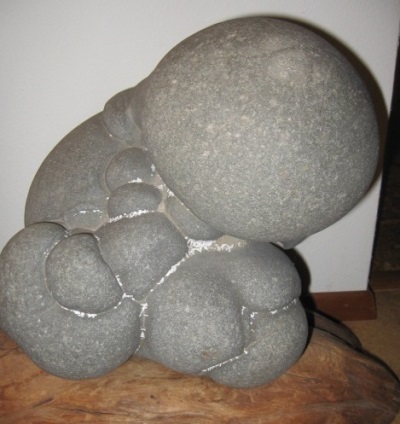 Major Gritty News!
Due to the influence of Diablo John C, the Grand Tectonic Plate has reluctantly stepped down as leader. The fact that his modem was outdrawn in the final confrontation was mere happenstance. He simply was out Wi-wi’fd me!

Herb, the “Shining Mountain” S…, formerly Grand Tectonic Plate is now the be-humbled Holy Schist. Therefore, I implore you, rather than rolling your rocks to John at Stone Rd., please send them to ME!!! (1080 W. Hendrickson Rd. Sequim, WA. 98382)

“My middle name” means Beautiful Mountain in German. Maybe it is the Bavarian blood but I will always be on the quest for a beautiful mountain. God bless all of you!

Mail to: (1080 W. Hendrickson Rd. Sequim, WA 98382. Suggestions (and Improvements) are always welcome and should be sent to this email address.

Edit (2006) for some reason, the Diablo John fled to Santa Barbara, relinquishing his title and all his rocks. More recently at a 2014 memorial for friend Wayne I noted that some people had left lovely stone offerings to perch on the small rock garden site. I will need to add to stones for him and his wife!